Why not Join Chef Jacques’ and his team on Memorial Day Weekend Sunday, May 26th, 2019 at 6:00 PM for a Jazzy Musical Supper, listening to the smooth standard and pop tunes of Washington Area Music Association’s best Jazz Instrumentalist, Al Williams. Al is a constant musical favorite at L’Auberge music and cuisine events, and has sold out each performance.

Multi-reed player Al Williams III has earned rave reviews from critics and audiences alike for his graceful and melodic style on tenor, alto and soprano saxophones, in addition to alto and C flutes.  Jazz Times has noted the “poetic beauty” of his saxophone solos. Dividing his time among his contemporary jazz band, Al Williams and Friends, Al is one of the most highly regarded musicians around.

“Al Williams has a genuine desire to reach people with his music. His music looks right at you and is open and forthright.”  Sabra Best – Entertainment Magazine

Joining Al Williams tonight, will be the talented Matvei Sigalov.  Born in Samara, Russia, Matvei main focus in life has been music.  Classically trained on a violin from the age of six, he became interested in rock music during his teens and started then, on guitar.  Later, Matvei discovered jazz and it became the start of a musical journey that lead him to the United States. Matvei has been very active on the East Coast music scene, establishing himself as one of the premier improvising violinists.  His credits include playing with Patti LaBelle, Isaac Hayes and James Ingram at the Kennedy center, and wowing the audience at the Iridium in NYC wtih the guitar legend, Les Paul.

Chef Jacques’ and team are thrilled to host this Memorial Day weekend finale with these two amazing artists.  Seating limited, so make your plans early! 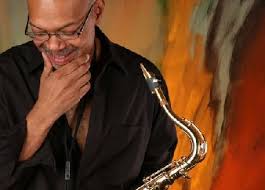 We are happy to accommodate guests’ dietary concerns, so all may join the festivities.  Please email chezlauberge@aol.com or call 703-759-3800 with special requests