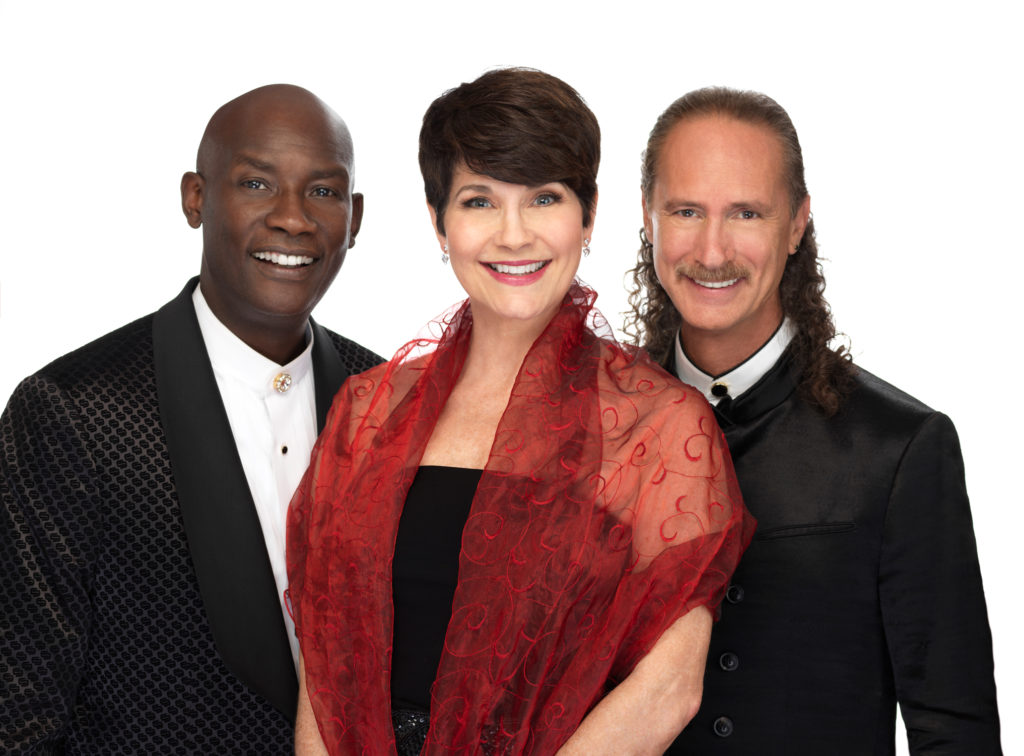 They are BACK!  From Broadway, to our way!
Following four sold out performances on “our stage” at L’Auberge Chez François, we are thrilled to present to you, on Thursday, June 27th , 2019 at 7:30 PM “ A Grand Night on Broadway” Musical Showcase Soirée.

This very special musical event will feature the talented Prince Havely – Tenor, Larry Friedman – Tenor and Gay Willis – Soprano, performing selections from Phantom of the Opera, The Music Man, Cats, West Side Story, Jesus Christ Superstar and Les Miserables.
Prince Havely sings with the Washington National Opera, and his regional stage credits include leads in Big River, Miss Saigon and Phantom of the Opera. He has appeared with Capital Steps and as the lead in the Ben Carson Story at Toby’s Dinner Theatre. Prince has toured with the Gene Donati Orchestra, performing for congressional dinners, Senators Balls, and Presidential Galas, including those of Presidents Clinton, Bush and Obama
Larry Friedman is a native Washingtonian with extensive experience in live theater, film and television. As a youth, he appeared as Fritz in The Nutcracker Suite and as a member of Young Columbian’s, he performed in prestigious locations, including The White House. Stage credits include leading roles in Joseph and the Amazing Technicolor Dreamcoat, Jesus Christ Superstar, Godspell, and Pippin.
Gay Willis is an award-winning soprano, performing world tours and on Broadway. She is known for her roles as Christine in Phantom of the Opera and as Magnolia in Showboat, along with other shows such as Into the Woods and West Side Story and sold out performances at Carnegie Hall.  A true musical sensation, indeed!

We are thrilled to host a return of these talented International and Broadway Veterans, who will take us on a celebratory journey of Broadway paired with Chef’s delectable five course menu and our sommelier-selected wines. Wish them a happy birthday this evening as all three celebrate milestone birthdays!  Truly a musical night on Broadway in Great Falls not to be missed!

Appetizer:
Choice of one:

Entrée:
Choice of one:

We are happy to accommodate guests’ dietary concerns, so all may join the festivities.  Please email chezlauberge@aol.com or call 703-759-3800 with special requests
Patrons will have an opportunity to purchase these wines at a very special price this evening